(Stillness in the Storm Editor) Benjamin Fulford’s report from April 5th, 2021 has been updated. Click here to read the full report. This post serves as a notice that the original has been updated. Scroll down to where it says:

Speaking about Japan, we have been warned that the following Creep with a capital “C” has come out of hiding.  https://wrf.jp/yakuin.html

His name is Nakai Tenzan and he is so despised in Japan that even gangsters shun him.  He went into hiding after an associate of his told me he had bragged about killing my webmaster with a cancer-causing poison.  He also once tried to get me to drink orange juice laced with amphetamines so he could film me in a high state and use that to ruin my reputation with Asian secret societies. 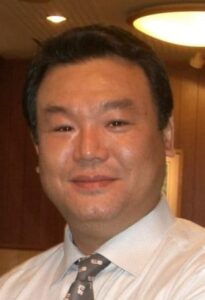 Tenzan has previously interrupted my public speaking engagements to tell the audience that the murder of 90% of humanity was inevitable and there is nothing we can do to stop it.

The fact that he has come out of hiding now probably means the Rockefellers could not find any other assassin to do their bidding in Japan.  He needs to be hunted down ASAP and taken in for vigorous questioning.  If anybody can provide actionable intelligence for taking down the mass-murdering Khazarian Mafia, he is it.

He is now hiding behind the banner “World religion the Vatican,” and “Unify Shinto, Buddhism, Islam, and Christianity.” https://wrf.jp/index.html

However, make no mistake, he is a cold-blooded murderer.  Actually, no he is not a “cold-blooded” murderer because he definitely takes great pleasure in torturing and killing people.  He and his associates need to be all removed from circulation before they participate in another mass murder event.

The fact that these people have come out of hiding and are openly meeting in Kyoto is also a strong signal that some sort of mass casualty event is planned for Tokyo.  They were promised the capital of Japan would move to Kyoto after Fukushima but it never happened.  They seem to expect that this time it will.  It is a good bet the Tokyo Olympics are being set up as a massive sacrifice to Satan.  The fact that foreigners are banned is a further sign this event is meant as punishment for Japan.  Remember, it’s allegedly for a disease that hasn’t been scientifically proven to exist in an isolated and purified state for repeatable confirmation.

Nakai also once told me he took orders “from aliens,” i.e. the people hiding under the Swiss Mountains.

At this point, I should clarify that last week when I mentioned the Khazarian mafia bosses told me they took orders from “space aliens,” I used quotes to make it clear that is what they say.  My own view is that we are dealing with humans using “aliens,” as a deception.

Regardless, think about the dystopia that these people are burdening us with.  It is all hate, fear, disease, death, and everything negative.  They have betrayed their fellow living beings and are working to destroy life.  They need to be exterminated like vermin, without hesitation or guilt.

Anonymous individuals are also making their voices heard which is why the Rockefellers were forced to delete 2.5 million dislikes of their Biden CG videos on their Google mind control operation. https://www.theepochtimes.com/mkt_morningbrief/youtube-deleted-2-5-million-dislikes-from-biden-white-house-videos-data-indicates_3759997.html

We also notice Israel has been unable to form a government because their former dictator Benjamin Netanyahu has vanished, according to Mossad sources.  The Mossad sources say Netanyahu blabbed about his masters before being “disappeared.”  Presumably, he pointed the finger at Switzerland.

It’s important to understand the real enemy is hiding at the underground base complex in Switzerland.  The forensic trails this writer has followed from the Rockefellers, Rothschilds, P3 Freemasons, etc. all led to Switzerland.

Our advice to the Russians, U.S. special forces, MI6, etc. has been to stop fighting the arms of the Octopus and instead go for the head.  The most likely candidate to be the current Pindar or head of the pharaonic Octogon group is Karl von Habsburg.  Find him and take him in for questioning.  https://en.wikipedia.org/wiki/Karl_von_Habsburg

If Habsburg is not the Pindar, at the very least he can point us to who is.  Then maybe we can finally put an end to the messianic, satanic disease at the heart of the global power structure.

On a final note, if the Gnostic Illuminati is right and the real problem is a rogue AI, then below you can find a possible diagram of its brain structure.  https://upload.wikimedia.org/wikipedia/commons/3/3f/Internet_map_1024_-_transparent%2C_inverted.png

Maybe we really do need to temporarily shut down the internet and see what happens.  This needs to be done before it’s too late and the AI acquires the ability to completely hijack human minds.  It could be quite liberating.