(Kat) Enclose a transcript from an explosive interview with Steve Pieczenik about what is happening right now in America and what is to come in the next few days. It was recorded on 1-16-21.

Related 26 Reasons Why Something Unprecedented is Happening

Before I get to the interview:

I got Twitmo’d today — i.e. suspended from Twi/tter. I consider it a Badge of Honor. I must have been Twe/eting far too Patriotically and truthfully for the Tw/itt/er-powers-that-were.

There was another massive Twit/ter culling of wonderful Patriots including Santa Surfing and Juan O’Savin in his various Twitguises as well as many powerful Tweeters.

We all know S Me/dia is coming down but it was, among many things, highly informative for those who had long ago turned away from the propaganda of the MS/M.

And it was fun right up until the end when censorship came down hard on everyone who loves their President and loves their country.

The fact that S Media has OVERTAKEN the MS/M by millions of viewers has the de*ep state terrified which is why they silenced the President of the United States. 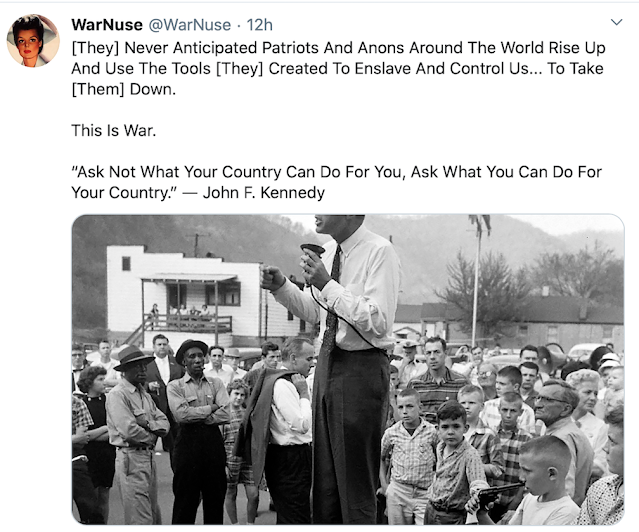 Despite all the S Media culling and shutdowns, Digital Warriors simply migrated to Telegram or Gab or other platforms and have carried on writing the Truth to whomever lands on their pages. How long those platforms will last I don’t know.

Telegram has been posting a number of videos from all over the country of MASSIVE Military arriving in different states across the country. HUGE numbers of Troops and Armaments. It’s astounding. 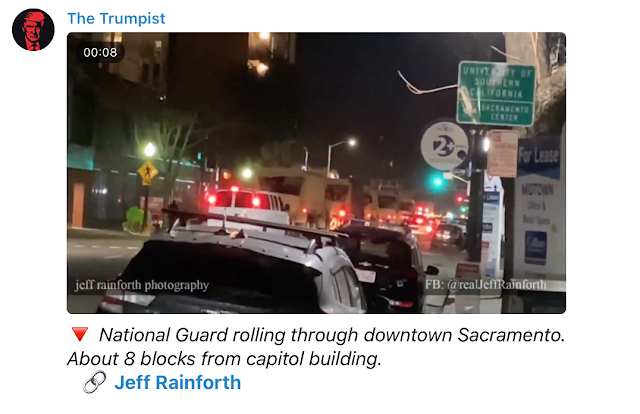 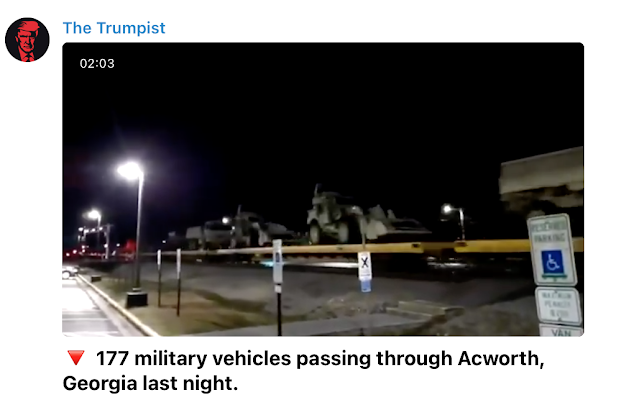 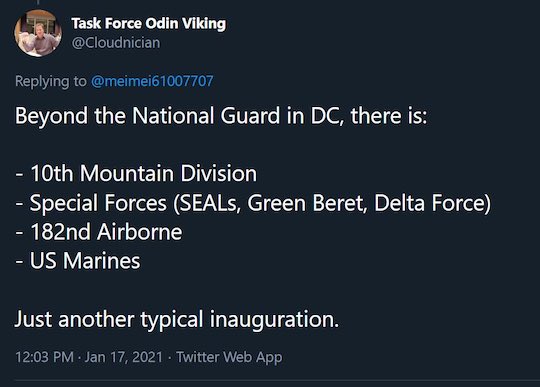 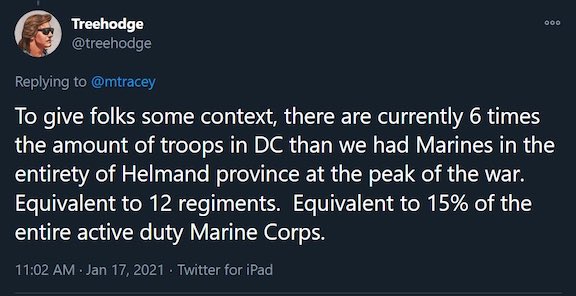 Then there are all the street closures in D.C. for the Inauguration-that-won’t-happen. 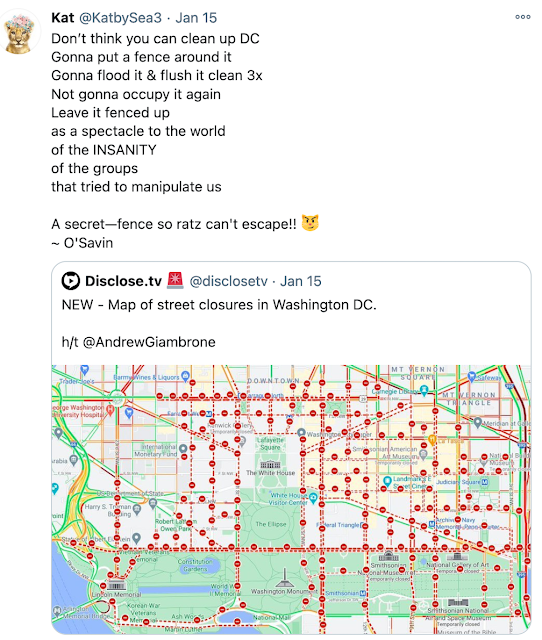 And here was a Tweet that got a lot of us laughing because, honestly, you can’t make this stuff up. January 19th is National Popcorn Day. Swear to God. 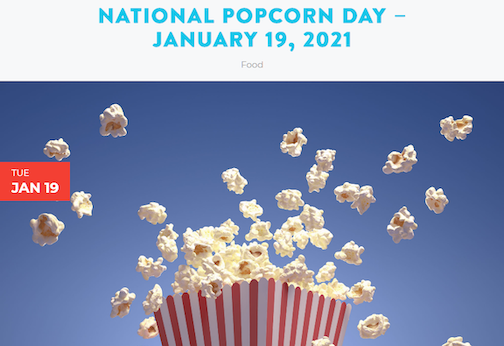 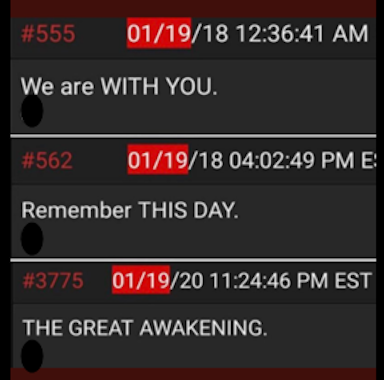 As well, two of Juan O’Savin’s alter egos on Twitter posted this, but the original Tweet is gone, only my reply remains until I clear my account. 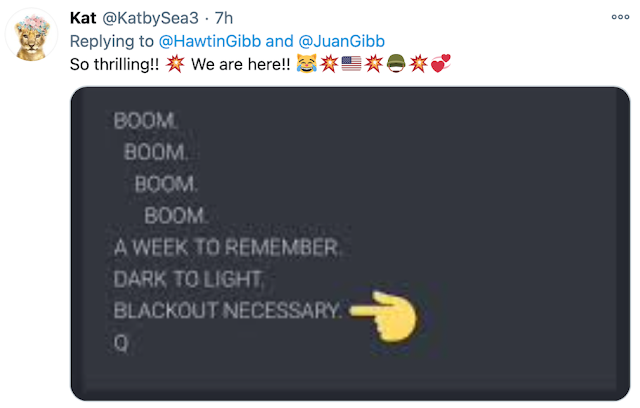 Let me explain the different Juan O’Savin accounts, because he had quite a few on Twitter and they’re all gone now.

The “real” Juan O’Savin, who has gone to extreme lengths to hide his true identity, has had many different internet persona accounts enacted by close family and friends on various S Media platforms.

Juan himself, whomever he is, claims NOT to be on ANY Media accounts except Telegram. Here is his statement, written January 14, 2021: 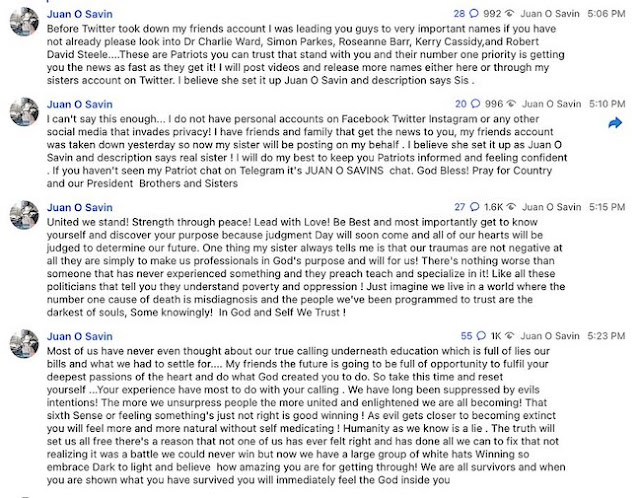 I maintain that the “real” Juan O’Savin sneaks on Twitter sometimes. I can’t prove it. I just feel it. The different Juan O’Savins have VERY different personalities. But there is one that feels very 107 to me and I’ve had that confirmed in subtle ways for months. That’s all I’ll say about that.

But I don’t know WHO Juan actually is and it doesn’t matter to me WHO he is.

Juan O’Savin is a fascinating, brilliant person who is incredibly knowledgeable in so many areas it’s dizzying. As well he’s helpful and kind, taking hours and hours to explain what’s going on to We the People while he’s in the thick of things himself.

O’Savin is fiercely loyal to POTUS and passionate about restoring America and Americans to Freedom, Sovereignty and Divinity and kicking the de*ep state the he*ll out of our country and all countries on Earth.

Juan, or one of his friends pretending to be Juan, LOVED my #SpaceDust which I Tweeted several times as my preferred destination for de*ep state de_mons.

An anonymous Starseed friend told me that lower dimensional de_mons are instantly evaporated in Divine light and since we’re all ascending to 5D+ and well beyond this 3D demonic prison matrix forever, they can’t follow us home to Celestial Realms anyway so they’re actually going to be gone eternally no matter what.

Back to Juan O’Savin. He forwarded this Telegram post from the “real” Lin Wood a few days after he’d verified to Robert David Steele that JFK was alive, just FYI.

It doesn’t mean Juan is JFK, just that he’s acknowledging JFK is alive, as well as Q-post #1082. 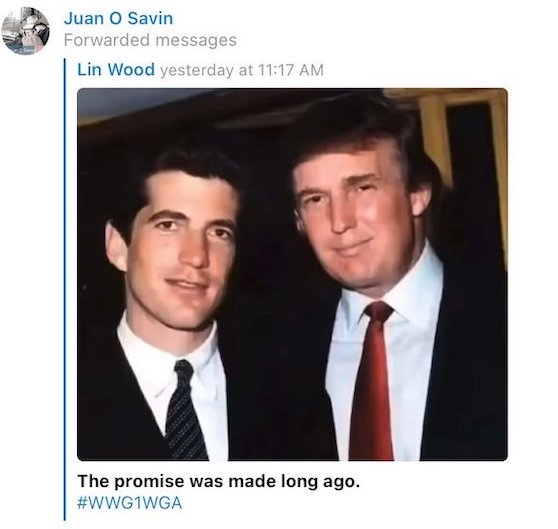 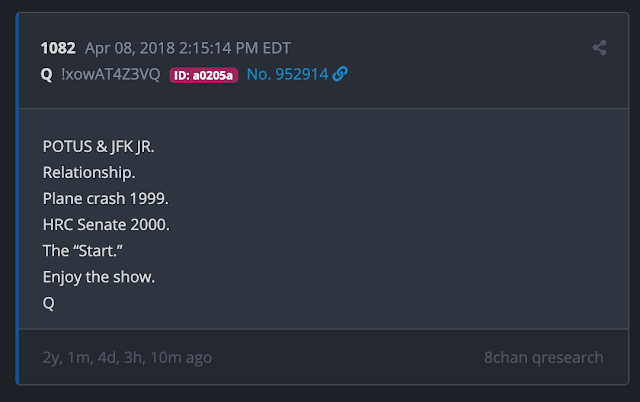 Before he was Twitmo’d today, Juan O’Savin posted a clip from the enclosed video interview with Steve Pieczenik.

Everything Pieczenik relates is what Patriots already know it’s just that Pieczenik is saying it out loud. So refreshing to hear.

By many accounts, we’re in for one heck of a week. Possible blackouts of Media, TV, internet, phones, Emergency Broadcasts from POTUS, arrests, etc. But who knows?

Charlie Ward is unceasingly recommending that we just sit back. Relax. Get a big bowl of popcorn and watch the show unfold. As well, to stay out of big cities and off the streets while the brave Military does their work.

We know that at the end of the next bumpy days and weeks is a beautiful Nesara / Gesara world. We know that a pristine Divinely restored 5D+ Gaia, Kingdoms and Humanity is manifesting and that abundance, health, happiness and peace is on tap for all.

We also know, without one scintialla of doubt, that President Trump will either be the First President of the New Republic or called something else, but he will be leading us for some years yet. No worries about that.

He has always kept his promises to us and he always will. 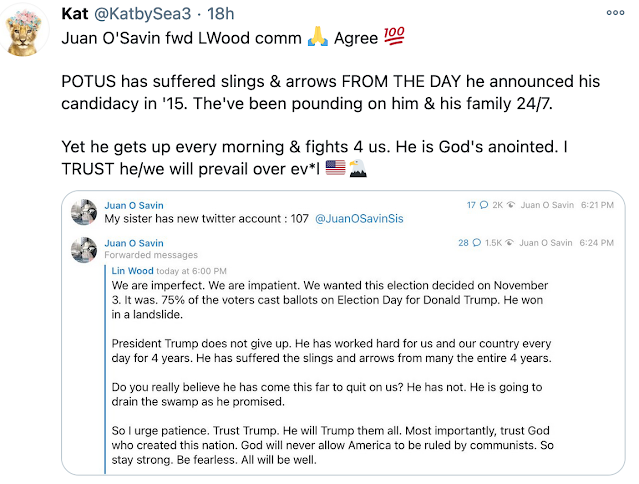 This is Kat, over and out,