(Jackson Barron) Four children, one as young as two-months-old, have been filmed being raped before the videos were distributed to sick paedophiles all over the world.

Sixteen people were charged with 728 sexual abuse and child exploitation offences after a two-year investigation by the Australian Federal Police in conjunction with the US Department of Homeland Security.

The children were reportedly related to their abusers, who used the dark web and encryption technologies to send explicit images and videos around the world before they were finally rescued.

AFP Commissioner Reece Kershaw said the coronavirus lockdown had created a surge in activity on the dark web, including grooming and live-streaming, and warned parents to be hyper aware of what their children are doing online at all times.

‘It is very hard to explain to a society, to people who don’t see the images,’ he told The Australian. ‘These involve images like you’ve never seen before.’ 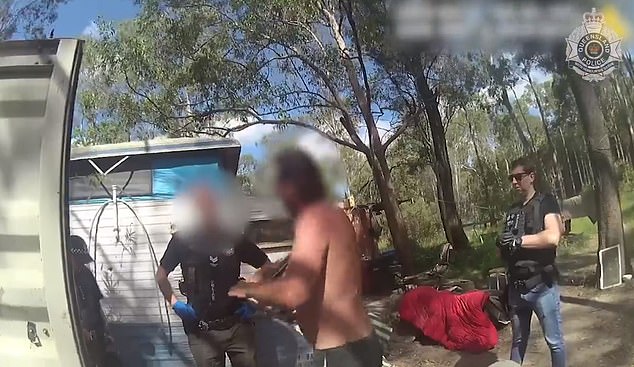 Sixteen people charged with child exploitation offences
Three of the rescued children were from New South Wales and one from Victoria, while the offenders include five people from Queensland, four from Western Australia, three from Victoria and NSW and one in South Australia.

There were 632 charges related to those from Victoria and 70 to those in NSW, with all 16 charged with contact offending and producing and exchanging child sex material through the internet.

Evidence from the arrests led detectives to believe child pornography was being produced in Australia for distribution around the world.

Homeland Security officers in Phoenix, Arizona notified the Australian Federal Police and Australian Centre to Counter Child Exploitation of increased illegal online activity in the country in 2018, leading to Operation Walwa to investigate.

The online paedophile networks were difficult for law enforcement to monitor due to the sophisticated encryption software used to shield their illegal activity. 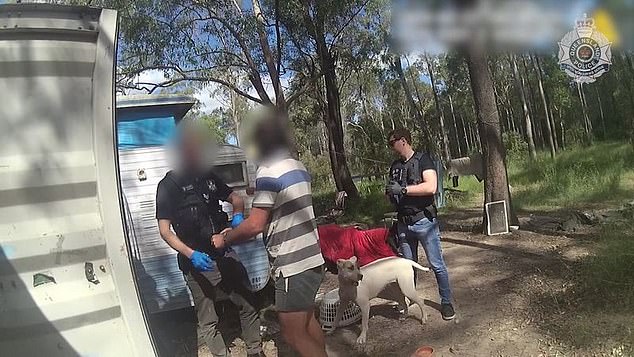 All of the 16 people who were arrested were charged with contact offending and producing and exchanging child sex material through the internet. Pictured: police arresting a man involved in Queensland 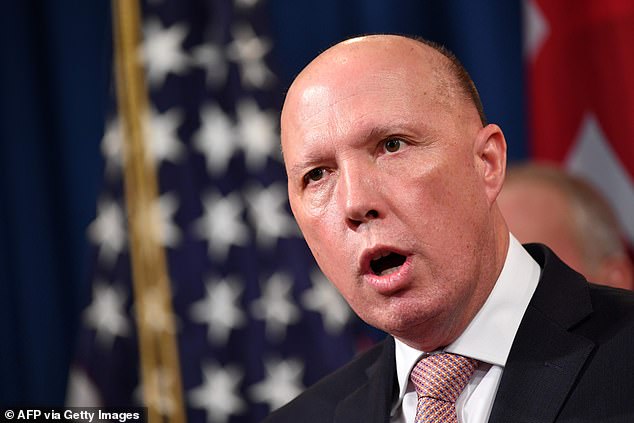 Home Affairs Minister Peter Dutton said there had been an increase in people looking to access explicit online material during the coronavirus pandemic.

‘We have had increasing ­reports of people seeking to exploit the increased amount of screen time children will be spending online during the current climate, to gain access to and abuse children,’ he said.

Mr Dutton hit out at tech companies who had refused to grant detectives access to encryption technologies to aid the investigation.

He said they could become subject to legislation to force their assistance. 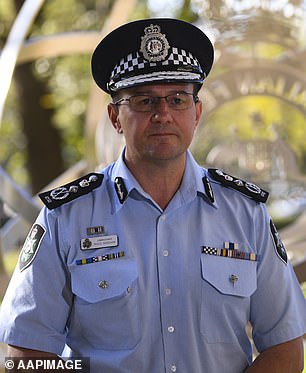 Detectives believe students undertaking online schooling from home will be increasingly targeted during the coronavirus period.

Mr Kershaw said police will continue to analyse material to find more victims of the online child paedophile rings as the range of content continues to grow.

‘We are seeing more videos, younger children, and more violence,’ he said. ‘We are seeing the rape and torture of our children. All for ­sexual gratification.’

The 16 people charged will face court in the coming months.

Original Headline: Moment a shirtless man is arrested in his caravan after four Australian children as young as TWO MONTHS are filmed being raped in sick videos sent to paedophiles around the world