(Jonathan Carty) As some of the readers here may or may not already know, Stargate SG-1 and Stargate Atlantis are known for disclosing some pretty interesting stuff over the course of its run.

Related The Pineal Gland: The Stargate In Your Skull (Video)

SG-1 disclosed Operation Mjolnir technology that Cobra had thought was undisclosed. And it appears that Stargate Atlantis has also disclosed the existence of one of the most benevolent groups of beings who has been guiding the progress of humanity for many millenia: The Brotherhood of the Star.

And they have also likely disclosed the existence of the Cintamani stone. But first we will touch on what the SG Atlantis team referred to as ‘The Brotherhood’ (which is comprised of 15 members) in one episode when they were searching for free energy devices on various planets. In the show The Brotherhood was tasked with protecting the free energy device by the Ancients who were the ones who built Atlantis:

The Brotherhood of the Star also claims to have been around since the time of Altantis:

“…Brotherhood of the Star was never public since the time of Atlantis. It was working secretly through its disciples.

Brotherhood of the Star is the last pure remnant of the mystery schools of Light from Atlantis. The Cabal tried to infiltrate it without success as they have very strict rules of admission…”

They are ultimately lead through a series of events where they come upon The Magic Square, which is one of the many occult teachings one will find when researching such information. All directions of the numbers all add up to 15: 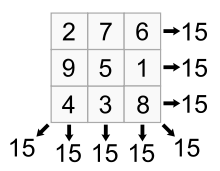 The Stargate Atlantis team had to figure this out but they had to think critically because they would be killed if they got the final puzzle wrong. Each of the 9 tiles had portions of star constellations carved into them and thus a stargate address on it. One thing you’ll notice about this episode is that there are triangle and tetrahedrons everywhere. This is a very sacred and divine shape which is the foundation of many occult teachings and science:

A Closer Look at the 9 Tiles with Stargate Address Symbols on it. The Middle Tile is One That Needs Another Hidden Dark Brown Tile to be Placed on Top of it.

Buy Book The Stargate Conspiracy: The Truth about Extraterrestrial life and the Mysteries of Ancient Egypt

The SG Atlantis team is then taken hostage by a negative group and is forced to help them locate the Free Energy power source (ZPM). They discover that the gate address symbols on the tiles from the Magic Square appear on the perimeter of a wall-sized map of the village which features 36 (a sacred number) of these symbols along with an illuminated 2D tetrahedron (a sacred geometric shape/Platonic Solid) in the corner:

The SG Atlantis team ‘triangulates’ the gate addresses surrounding the perimeter of the map using 15 (the amount of disciples in The Brotherhood in the show) lasers which reveal the location of the final 9th tile which is used to complete the Magic Square and thus obtain the Free Energy power source. We would notice that the directions of the 15 lasers form another tetrahedron:

So it appears that there is a possibility that actual members of the Brotherhood of the Star might have been working with the creators of the show to disclose their existence and share some metaphysical knowledge at the same time. There are countless Freemasonic symbols found throughout the show including the logo of the SG team:

It’s actually brilliant when you think of the name SGC (StarGate Command) and look at the Freemasonic logo:

Here we see the SGC appear within the logo = Square/God (Great Architect)/Compass = SGC.

The next interesting disclosure that I believe SG-1 did was to disclose the Cintamani stone. The SG-1 team requires this piece to complete a weapon that will defeat the negative and powerful beings called the Ori (likely reference to the Cabal/Illuminati/Archons/Parasites): 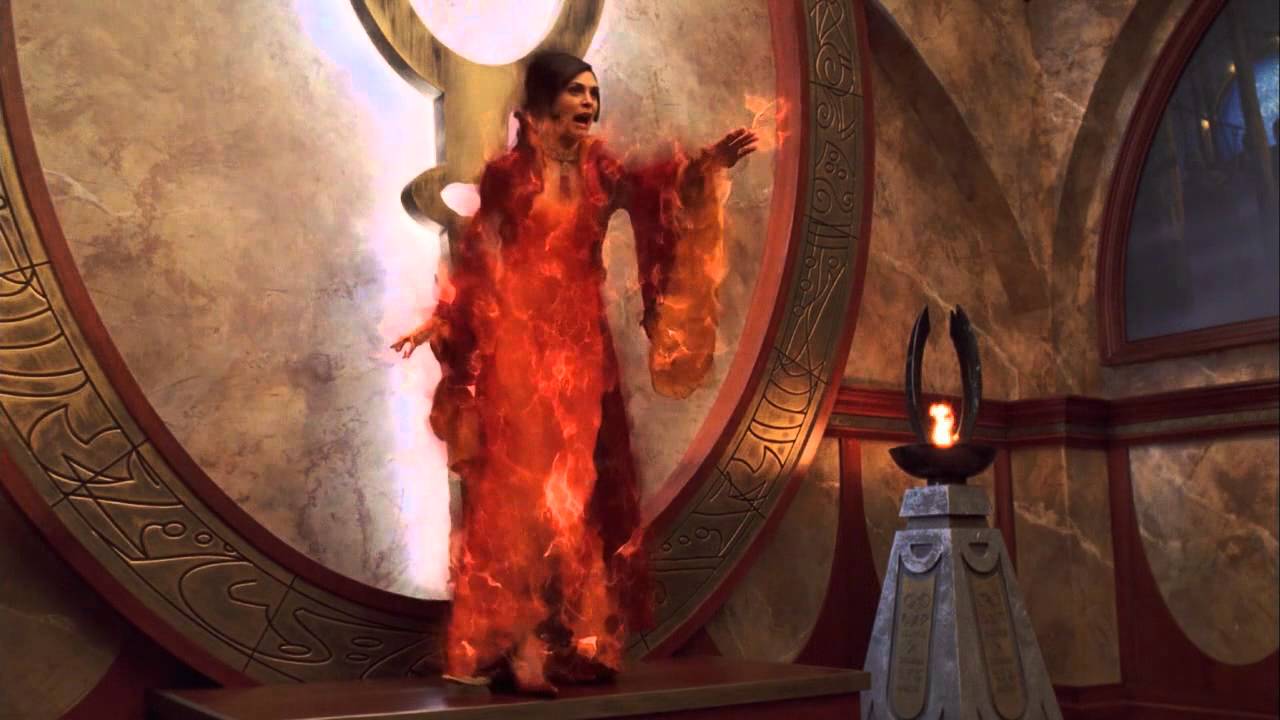 The Leader of the Ori Named Adria

The team had to take on the Quest for the Sangreal (another name for the stone) which included five tests which were set up by Ancient/Alantian and now Ascended being Morgan Lafay in order to weed out those who would misuse it.

The quest itself reveals a great deal of metaphysical knowledge and I personally believe they are part of the journey to becoming Ascended. There is a heavy emphasis on living in a balanced state and being kind and wisely charitable. Interestingly, the second to last test they have to pass is a Leap of Faith (followed by a dangerous dragon):

By walking through the wall of fire (which turns out to be an advanced hologram) it dissolves and the Sangreal is found there. It’s the red glowing sphere:

And when I saw this I remembered a small passage from Cobra’s blog from the Brotherhood of the Star:

…Esoteric symbol of the Brotherhood of the Star is the heavenly stone of Sirius, fire jewel, cinta mani, lapis ex coelis, which represents the jewel of our true Self (atma-buddhi-manas)…”

So in this post they released through Cobra’s blog they revealed that the Cintamani stone is also referred to as the ‘Fire Jewel’ and the red glowing sphere in the show does tend to match this description. If they hadn’t written those two words I probably wouldn’t have made that connection.

Now if anyone is interested in watching this show for free you can use the website that I use at the links below (just be aware that if you don’t use an ad blocker there will be a lot of popups):

Stargate SG-1 ‘The Quest Part I’

If you wish to buy a 20$ all-access pass (there are no ads) like I did and have access to everything Stargate related (including a new short series that aired this year) you can find the link below:

This is everything I am being guided to include for this post. Thanks for checking it out and I wish each of you much love as always ❤