David Wilcock: All right. Welcome to “Cosmic Disclosure”. I’m your host, David Wilcock. We’re here with Corey, and in this episode, we’re going to go into underground and undersea bases.

Corey, welcome to the show.

David: Some people, in fact, probably many people, are familiar with this strange image that’s been circulating around on the Internet forever of this very large tunnel-boring machine that says “US Air Force” on it. 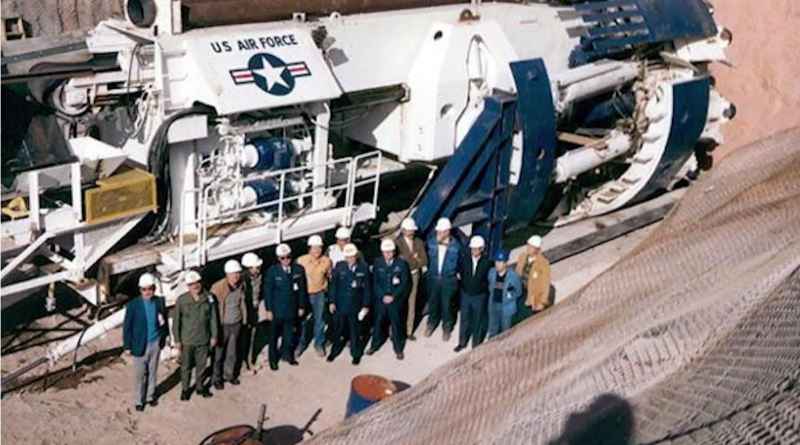 It’s all white, and you see these guys next to it, and they are dwarfed in size by this thing.

What is that machine? Are they able to dig tunnels underground? Is that what that is?

Corey: Yes. It’s like a mole, boring machine, a nuclear tunneling machine that crushes and vitrifies the rock as it goes. 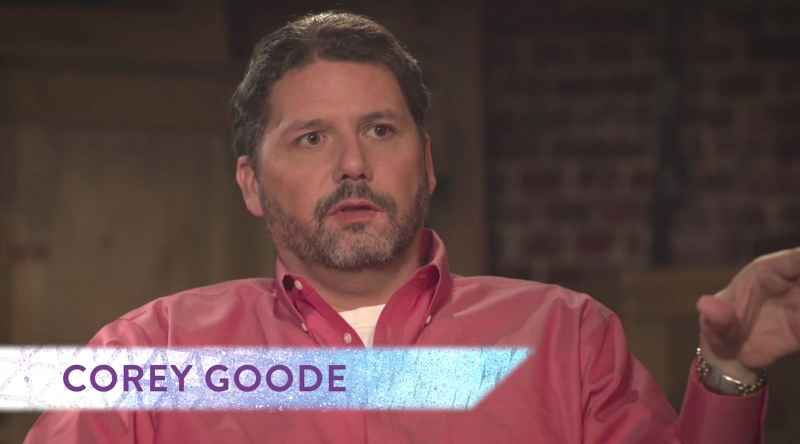 They have different sizes and types, but I believe the one you’re talking about, the gargantuan one, creates huge tunnels through all different types of rock for as long as you want them to go.

And they’re created tunnel systems that circumnavigate under the oceans from continent to continent.

Corey: I know it. I’ve seen images. I’ve seen video. If you were to see the video of some of these places, you would think you were looking at a luxury mall or hotel in Dubai. They are very futuristic-looking.

A lot of the times, in the middle, for at least sections, there’s wide open areas with, on the outside, along the outside border, will be the beginning of where you enter into the complexes, and then they’ll go further out into, I guess, what used to be a cavern wall that they built.

And the images that I saw took almost looked like they were taken from a drone going down, and you could see curved, huge elevators. And this is the kind of thing that they would show people that they wanted to get into the Secret Space Program to tell them, “We have bases off-planet that are as advanced as the Jetsons.”

These are obviously built for the elite. The military bases are much more spartan, and when you’re in them, you wouldn’t know much of a difference than if you were at an above-ground base.

David: Well, it sounds a little different, what you’re describing, than I think many people’s perception would be.

I think if most people would think of an underground base, then they would imagine that a certain amount of ground is carved out, and that ground is the building. So all you’re going to have is rooms and hallways.

Corey: They have those as well.

Corey: Yes. A lot of them are laid out in a way that are very long, narrow corridors that are carved out and that will be side by side, or a few side by side, and a few turned the opposite way – I guess perpendicular.

And then we’ll have the same amount going that way, in the opposite direction, that will be connected. But those are the ones that are usually not that far underground and are usually directly underneath some sort of already existing base or other structures.

Corey: No. Over the years, they’ve used many different ways of doing it, from using conventional or . . . I guess the original type of nuclear explosions to blast out cavities that would vitrify a lot of the rock . . . A lot of it would collapse back in. They would go in and clean whatever out that they needed and then finish it off.

David: So just a typical nuclear bomb underground? They’ll hollow out a large cavity, even if it’s all solid rock down there?

Corey: And then a lot of times, they would just drill really deep holes, put in charges of high plastiques, things that detonate at well over 32,000 feet per second, that just turn the rock to dust, no matter how hard it is, and then they excavate it.

And, of course, you have the tunnel-boring machines. And then up in recent times, they have more recent, next-gen type of explosive devices, that when detonated, leave a lot more desirable, almost spherical hole in the rock, that also has almost no radiation.

David: When are you aware of these underground civilizations, underground bases first being constructed?

Corey: We’ve been building underground bases since before World War I that are . . .

David: Before World War I?

Corey: Yeah, that were pretty impressive. But that’s when we were really learning. It really didn’t become a real pressing matter to have deep, underground military bases until the nuclear age, and until the age of having not only nuclear weapons but delivery systems that were sort of like bunker busters, that could deliver nuclear weapons deep under the rock strata before detonating.

David: Isn’t there going to be a problem regarding the Earth’s crust getting hotter as you go farther down? How do they circumvent that?

And in a closed system, you can pressurize it and control the atmosphere.

David: So you’re saying that some of the ones that our own people have built have actual buildings in them like you’re looking at a city?

Corey: Some of the ones that were actually built as cities, underground cities, for what we call the elite and their families to escape to.

David: Do they have like what we talked about with some of these Inner Earth civilizations? Do they have trees down there, and lakes and rivers, that kind of stuff, as well as buildings?

Corey: They do hydroponics. They also have plant life to help do some sort of balance with scrubbing CO2. And also with their water systems, . . . It’s a closed system, so they do have that kind of thing, but I do not know the breadth of it.

David: How do they find a water supply? Are they able to tap into aquifers or underground rivers?

Corey: Yeah. The problem is keeping the water out.

David: Really? Let’s go now to Phil Schneider, who is a whistleblower who came out about, as you said, Deep Underground Military Bases, or D.U.M.B.s, . . .