Investigative Journalist Liz Crokin joins the program to discuss the latest on the indictments that are coming down. The number of indictments is history making. Never have we had close to this many sealed indictments in our country. Crokin believes it is a massive crackdown on corruption and elite pedophilia. Her background as a White House correspondent for the state department, as an investigative journalist for the Chicago Tribune, and as an investigative journalist covering scandals amongst the elite in Hollywood has given her a backdoor look into the dealings of the elite. She is passionate about taking down the pedophile rings and will not stop until they are shut down.
You can learn more about Liz Crokin at https://twitter.com/lizcrokin or on her website at LizCrokin.com


UPDATE: The above is not a real tweet from Donald Trump, which you can see yourself by checking http://www.trumptwitterarchive.com/archive. Simon Parks may not have properly fact checked this before issuing his update. BE ADVISED.

Clearly the president wishes to alert the people to some subterfuge about to take place. The tweet was swiftly removed around 15 minutes later.

What Is Donald Trump’s Operation Alice In Wonderland? #whoisQanon QAnon repeatedly mentioned “Alice & Wonderland.” People have decided “Alice” is Hillary Clinton. But as I mentioned in “Fake N.E.W.S.: “Unboxing the Compass,” “Alice Rosenbaum,” was the real name of Ayn Rand, who wrote about the hidden realm of “Atlantis,” where, in her story, the elite go to hide under a forcefield of invisibility while they watch the rest of the world go to Hell. “Alice” is also the name of a project at CERN focusing on creating interdimensional portals. 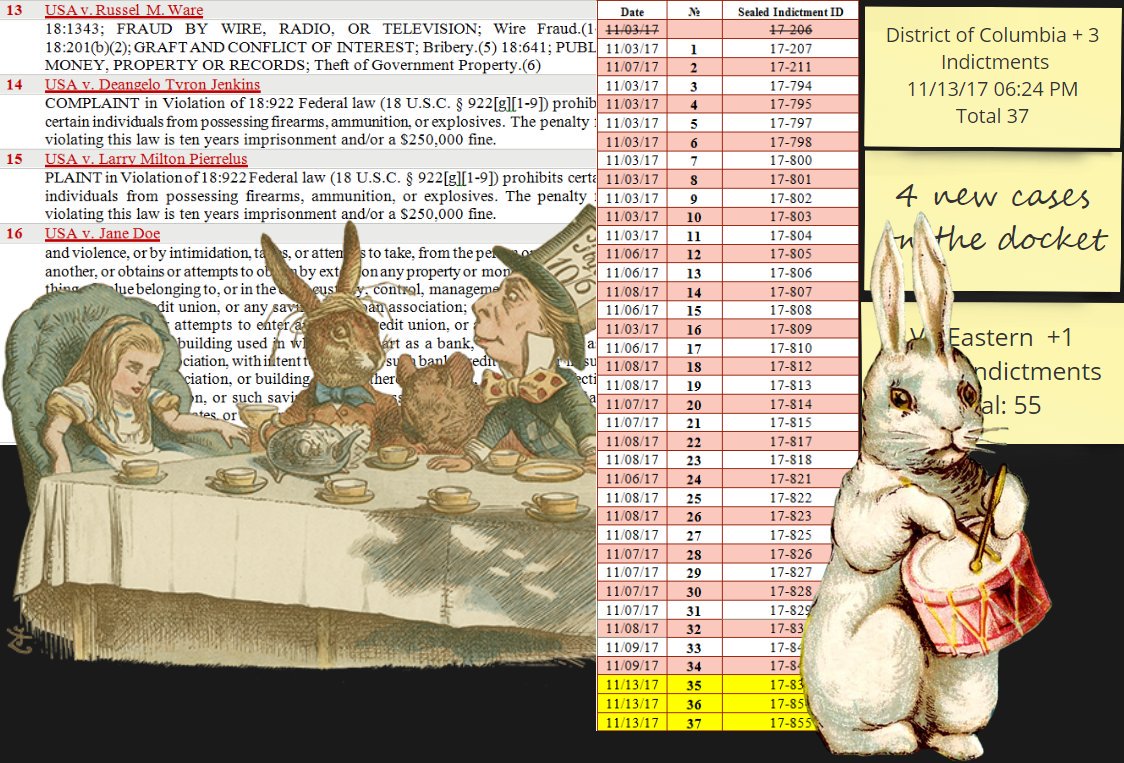