(Ivan) According to Anonymous—an international network of activist and hacktivist entities—NASA is about to announce conclusive evidence of alien life.

Anonymous’s statements are based on a series of recent discoveries by the US space agency.

According to statements made by hacktivist group Anonymous, the US space agency NASA, will soon announce the discovery of intelligent alien life. “NASA says aliens are arriving,” the group wrote on its website. “It is very likely that many other planets throughout the universe harbor intelligent life long before Earth.”

The group’s suggestion is based on a series of recent NASA findings, along with comments made by one of the agency’s spokespersons during a congressional hearing in April entitled Progress in the Search for Life.

Professor Thomas Zurbuchen, associate administrator of the Science Mission Directorate at NASA headquarters in Washington, recalled at the hearing the recent advances of the space agency, such as the discovery of hydrogen in Enceladus, one of the moons of Saturn, and the results of the observation of the oceans of the moon Europa of Jupiter. “These discoveries present the potential of life,” he said.

Related Possible Russian Alien Discovery as Mystery Satellite Circles ISS
“Taking into account all of the different activities and missions that are specifically searching for evidence of alien life, we are on the verge of making one of the most profound, unprecedented, discoveries in history,” said Zurbuchen during the hearing of the committee on American Science, Space and Technology.

In a video on the issue uploaded by the hacktivist group, Anonymous go on to cite several other alien-friendly comments made by astronauts and space exploration enthusiasts in the past, as well as various alien and UFO ‘sightings’ as evidence that “something is going on in the skies above”. 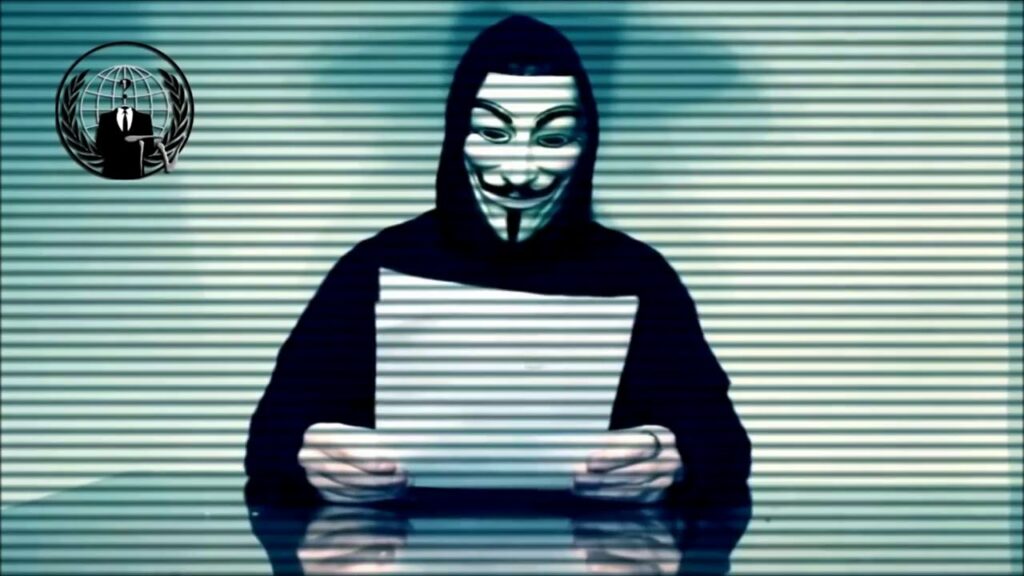 Are you ready for disclosure?

In the description of the video Anonymous wrote: “Non-terrestrial officers? Have we already been to Mars?”

“Are there actual monuments on the moon and Mars? Could there be a UFO war going on over the skies of earth in space? Are there spaceships all around earth involving extraterrestrials from other worlds?”

“The evidence sure seems to imply that something is going on in the skies above. It would cost a lot for spaceships and a continuous flow of taxes and black budget dollars could imply a rational that there is more than meets the eye and or that of public knowledge.”

Looking back at the numerous discoveries made by NASA in the last couple of years, we notice great progress is being made towards space exploration.

Last week, NASA discovered 219 new planets, ten of which are rocky planets possibly not all that dissimilar to Earth, located in their solar system’s Goldilocks zone, meaning that they are in the ‘right spot’ to host liquid water on their surface.

Professor Zurbuchen said on Twitter last week: “Wow, 219 potential new planets! @NASAKepler data shows us that most stars are home to at least one planet…Are we alone?”

But NASA’s discoveries aren’t the only thing that has driven many people to believe aliens are actually out there.

Source: Anonymous: NASA Is About to Announce the Discovery of Intelligent Alien Life
_________________________
Stillness in the Storm Editor’s note: Did you find a spelling error or grammar mistake? Do you think this article needs a correction or update? Or do you just have some feedback? Send us an email at sitsshow@gmail.com with the error, headline and url. Thank you for reading.